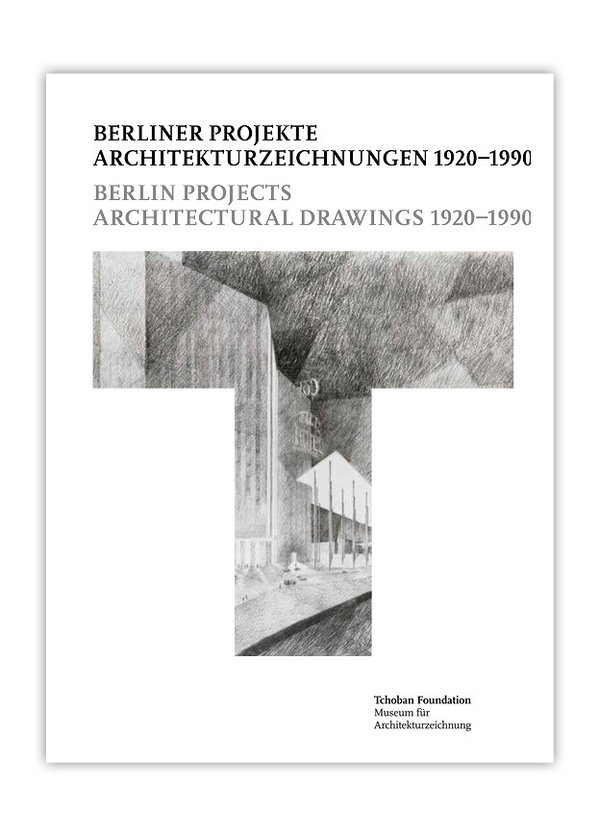 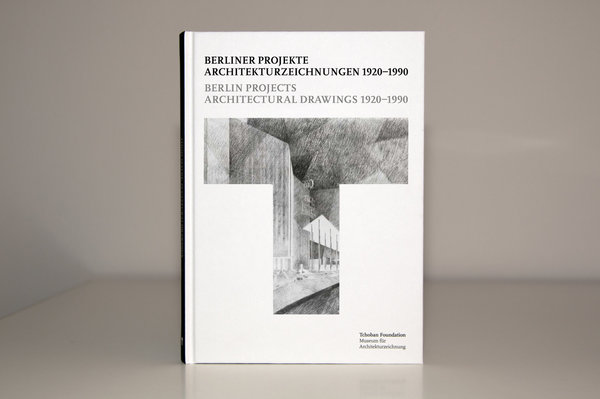 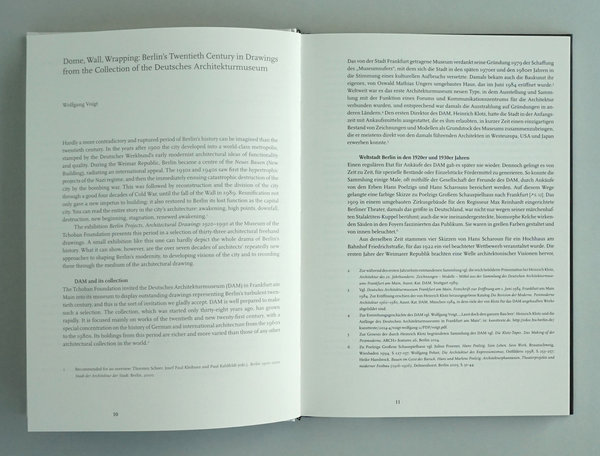 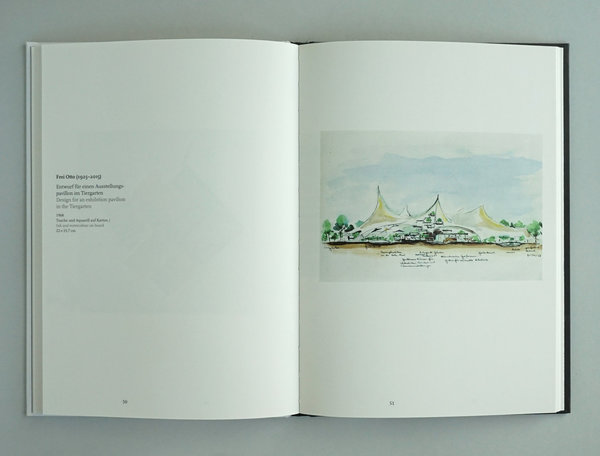 Catalogue of the exhibition “Berlin Projects. Architectural Drawings 1920–1990”
ed. by Nadejda Bartels
in German and English
104 pages, hardcover, published in 2017

Hardly another European capital has such a turbulent history as does Berlin. Especially in the twentieth century, dramatic historical events have left their mark on the cityscape: the growth of the city, the dictatorships, the scars of war, reconstruction, the division of the city and its reunification – all this necessitated new planning and afforded architectures and city planners room and occasion for new projects, new ideas and new visions for Berlin. And the city is still growing and developing, so that the discussion about the future appearance of the German capital continues.
Over the past few years this discussion has been repeatedly carried on in and through museums, and has now been taken up again by the exhibition "Berlin Projects – Architectural Drawings 1920–1990".
The exhibition should by no means be seen as a complete documentation of the capital’s architecture during this period. It is rather a selection of drawings that presents the variety of ideas and visions for Berlin, with the aim of stimulating a comparison of the drawn and the actually built architecture and highlighting the high artistic quality of the exhibited works. The exhibition was developed in collaboration with the Deutsches Architekturmuseum in Frankfurt am Main.